This is a collection of images taken by Grady Cecil Jackson (1947-1996) in the late 1970s that are being used in the "Exploring Junaluska: Life in the Late 1970s Captured by Cecil Jackson" exhibit on Digital Watauga. These images center around Jackson’s life in Junaluska, the historically Black community located in Boone, NC. The larger Cecil Jackson Slide Collection is still in the process of being digitized.

A very special thanks to Roberta Jackson for her assistance identifying people seen within images of this exhibit.

Grady Cecil Jackson, who went by his middle name, was born on November 27, 1947, in Elk Park, NC. His family relocated to the Junaluska community, on “the Mountain,” when he was a young child. According to Roberta Jackson in Junaluska: Oral Histories of a Black Appalachian Community, Cecil’s mother (Rosalee Whittington Jackson) had a garden, milk cow, chicken, and hogs that were used to provide for the family.

After graduating high school, Jackson worked at Appalachian State University at the physical plant and in the grounds department. Cecil married Junaluska-native Roberta Hagler Jackson in 1966 and they had three children: Lynn, Cecil Jr., and Michael.

Cecil was an avid hunter and raised beagles that he kept near Howard’s Knob. He was also a dedicated member of the Boone Mennonite Brethren Church, as his family before him were.

Cecil Jackson passed away in April of 1996.

Gathering to Picnic, Circa 1979 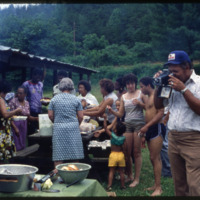 A large group of individuals gather at food-covered picnic tables outside to dine together. Identified within this image is Reverend Clint Grimes.

Cora Bowers and Virginia McAllister, Circa 1979 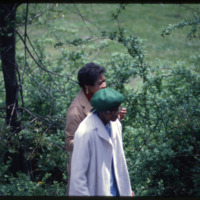 Two well-dressed women, identified as Virginia McAllister, and Cora Bowers, walk beside a car. According to Roberta Jackson, Bowers was once believed to be the oldest person in the Junaluska community. 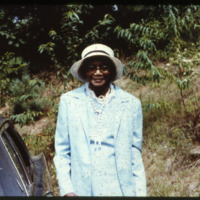 Well-dressed woman, identified as Cora Bowers, appearing to either be going to or leaving church. According to Roberta Jackson, Bowers was once believed to be the oldest person in the Junaluska community. 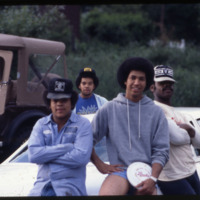 Jennifer Horton and Stephanie Hagler, Circa 1979 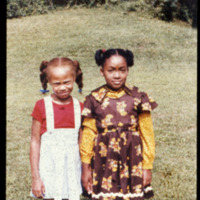 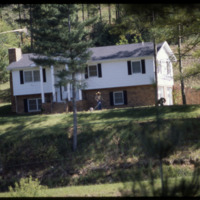 Man appears to be wearing a large sunhat standing near a push mower. This house once belonged to Glenn Austin, and was located off North Street.

Community Children Play Together, Circa 1979 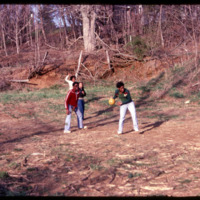 A group of community children can be seen playing amongst one another. 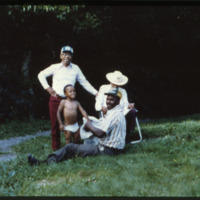 Four individuals relax in the grass. The individuals appear to be from different generations and some of the individuals have been identified as Jervay Grimes, Eugene Coles, and James McQueen.

Ronnie Whittington with Jeep, Circa 1979 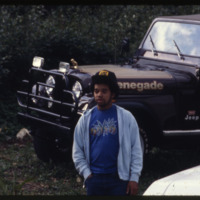 Young man, identified as Ronnie Whittington, stands in front of a Jeep Renegade. 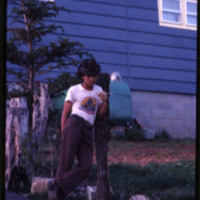 A sharply dressed young man, identified as Adrian Goins, leans against a wooden post in Junaluska.
View all 39 items