One of the most notable ministers of the Boone Mennonite Brethren Church, and the one who served during the majority of Cecil Jackson’s lifetime, was Reverend Ronda Horton (1895-1986). Horton was born in 1895 and grew up in Junaluska, in a small house on North Street.  He was educated at the Salem Mennonite Mission Church and Orphanage in Elk Park, NC, and in 1935 he became the minister of the Boone Mennonite Brethren Church. He was also the moderator of the six Mennonite Brethren churches within the North Carolina District Conference. Horton has been referred to as the “Moses of the Mountains.” [1]

Reverend Ronda Horton served Boone Mennonite Brethren Church until 1986, when he died at the age of 91. 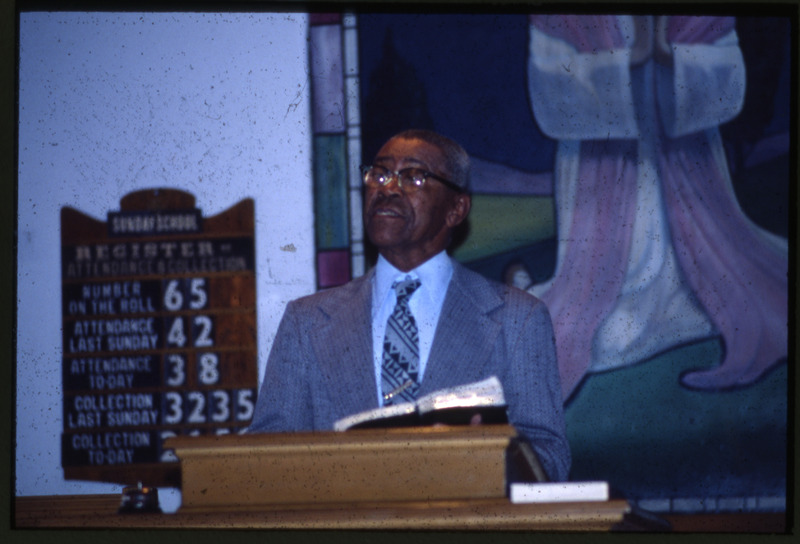 Reverend Ronda Horton (1895-1986) stands at the front of the Boone Mennonite Brethren Church appearing to deliver a sermon, circa 1979.

Even outside of Horton’s dedicated service to the Mennonite church, he was a well-respected community member and businessman. Early on, he owned a team of horses and a wagon that he was hired to use to build and pack the roads of Boone. Horton also owned a coal and ice service called “Ice & Fuel,” located on North Depot Street, that provided coal to the larger Boone community. In Junaluska: Oral Histories of a Black Appalachian Community, Morris Rockford Hatton, Jr., states about Horton: “He kept a lot of folks, white and black, warm in the wintertime. Even when they couldn’t afford it, he would take care of people.” Horton also owned a small store that sold treats like candy and cookies. [2]

Horton has been referred to as the “heartbeat” of Junaluska. In Junaluska: Oral Histories of a Black Appalachian Community, Cleveland “Buster” Shearer Whittington states, “[…] Horton was a great man. He was a man that everyone looked up to. He was a mentor, someone you learned from and respected.” [3] 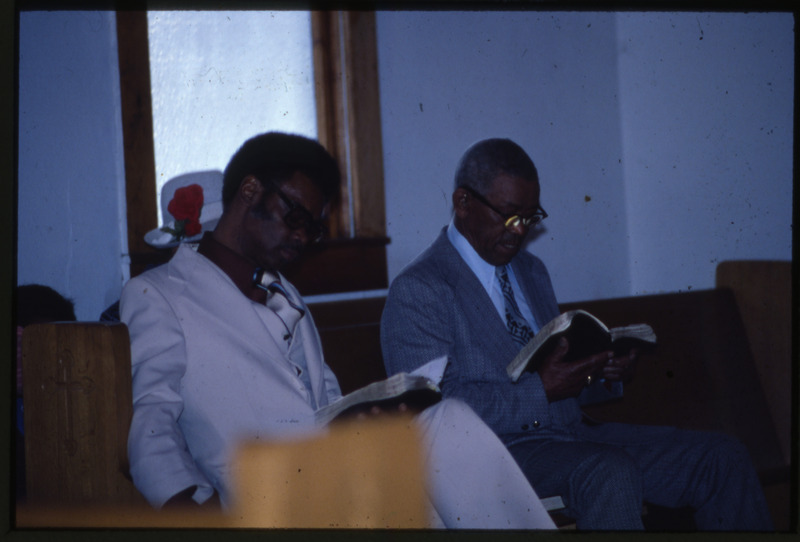