Cecil Jackson: Man Behind the Camera

Grady Cecil Jackson, who went by his middle name, was born on November 27, 1947, in Elk Park, NC. His family relocated to the Junaluska community, on “the Mountain,” when he was a young child. According to Roberta Jackson in Junaluska: Oral Histories of a Black Appalachian Community, Cecil’s mother (Rosalee Whittington Jackson) had a garden, milk cow, chicken, and hogs that were used to provide for the family. [1]

After graduating high school, Jackson worked at Appalachian State University at the physical plant and in the grounds department. Cecil married Junaluska-native Roberta Hagler Jackson in 1966 and they had three children: Lynn, Cecil Jr., and Michael. Jackson’s daughter describes him as being a “no-nonsense” “tough man.” [2]

Cecil was an avid hunter and raised beagles that he kept near Howard’s Knob. In Junaluska: Oral Histories of a Black Appalachian Community, Jackson’s daughter, Lynn, recalls him hunting near Howard’s Knob and in Vilas. She also indicates that hunting was a community affair, one that she, her siblings, her father, and her grandfather all took part in together. [3]

Jackson was also a dedicated member of the Boone Mennonite Brethren Church, as his family before him were. His daughter, Lynn, notes: “My mother joined the Mennonite church when she married my father. My father’s family was always associated with the Mennonites.” [4]

Cecil Jackson passed away in April of 1996. 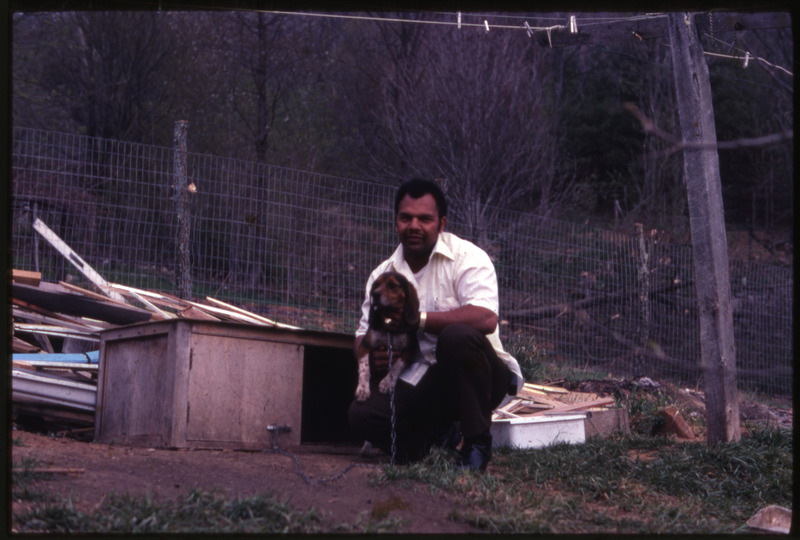 Life in Junaluska →
Cecil Jackson: Man Behind the Camera