A Strong Sense of Community

Junaluska as a whole seems defined by its representation of community and kinship. Throughout Junaluska: Oral Histories of a Black Appalachian Community, almost every contributor tells a story of community support and bonding. This strong sense of community is likely due to having to be self-sufficient during segregation and their deep ties to the reserved Mennonite Church. 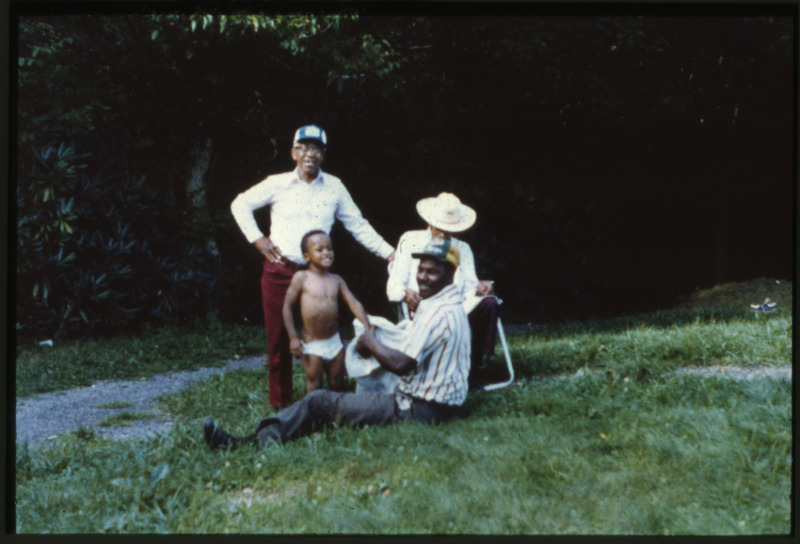 Four individuals on varying ages (three identified as Jervay Grimes, Eugene Coles, and James McQueen) relax in the grass, circa 1979. 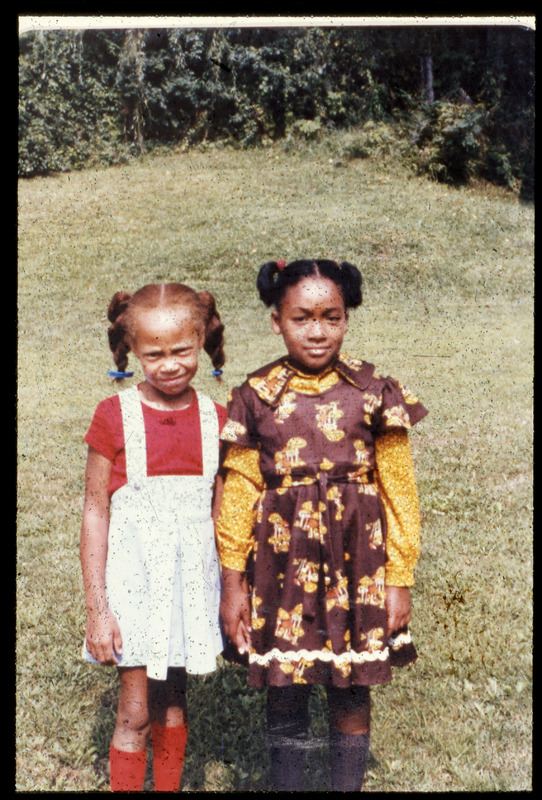 Jennifer Horton and Stephanie Hagler, circa 1979.

Although race relations in Boone were not as vicious as other parts of the rural South, they were (and still are) far from perfect. The Junaluska community recounts many instances of targeted racism both to the larger community and to individual members. Members recall racist accusations of stealing as children, being assaulted, and the larger story of the ransacking of Junaluska in search of the Horton brothers that resulted in the murder of Ralph Horton. In response to these acts, and likely owed to the reserved and pacifist nature of the Mennonites, Junaluska withdrew into the community and their feelings of self-reliance deepened. [2]

When schools and businesses were integrated, community members were initially saddened and angry to see the spaces that belonged only to them disappear. Lynn Patterson, daughter of Cecil Jackson, notes, “I hear my parents talk about going to the Appalachian Theater and having to sit in the balcony, but it was considered ‘their place.’ So when things were integrated, it felt like they had to give things away that belonged to their culture.” But they still held onto their overwhelming sense of community. [3] 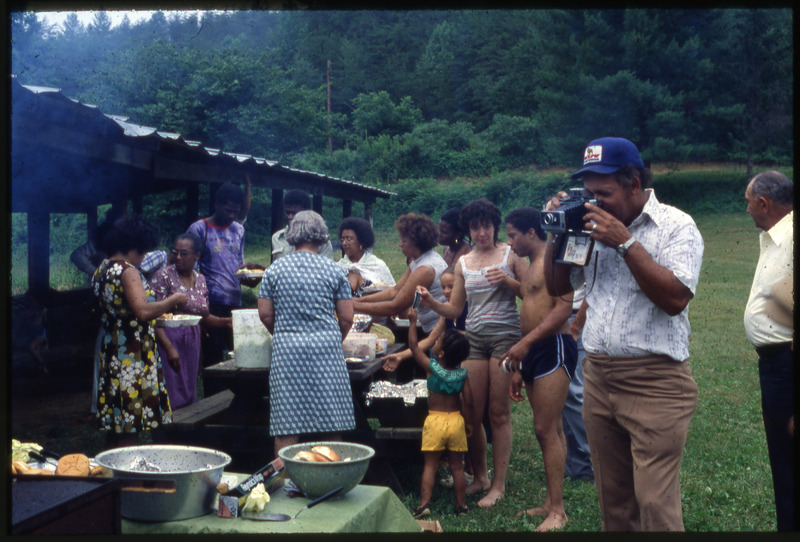 Individuals gather at food-covered picnic tables outside to dine together (Reverend Clint Grimes can be seen), circa 1979.

Community children can be seen playing together, circa 1979.

Natives detail feeling a familial bond to almost everyone in the community. In Junaluska: Oral Histories of a Black Appalachian Community, Brittany Ball, the granddaughter of Cecil Jackson, states that “everybody in Junaluska kind of looked out for everybody here. […] Everybody was Aunt or Uncle or something […] Everyday knows somebody that could do something in this neighborhood, and everybody kind of works together to do those things.” Alana Patterson, also granddaughter of Cecil Jackson, also notes that the “church is tied to the community in that it’s an anchor that keeps everyone together. […] It’s an anchor for the community.” [4] 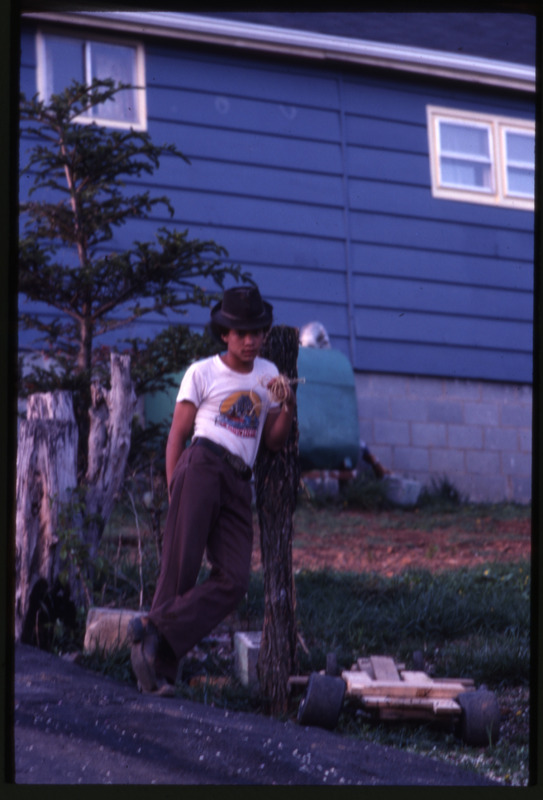 Adrian Goins leans against a wooden post in Junaluska, circa 1979.

Today Junaluska faces erasure. Gentrification has been creeping up the Hill into Junaluska thanks to Boone and Appalachian State University’s large growth in recent years. The community has had to band together and fight against proposed apartments and condominiums that have tried to take over, resulting in the conservation of land around Howard’s Knob. But still, townhouses and public housing have found their way into Junaluska without their input. [5]

Junaluska also remains unknown to newer residents and students, with many people claiming that Boone has “no black people here.” [5] This offhand disregard for the importance and existence of the historically Black community are things that the Junaluska Heritage Association fights to dismantle by recording and preserving its history. They spearhead community event and preservation projects that aim to show that Junaluska is integral to the history and current culture of Boone. [6] 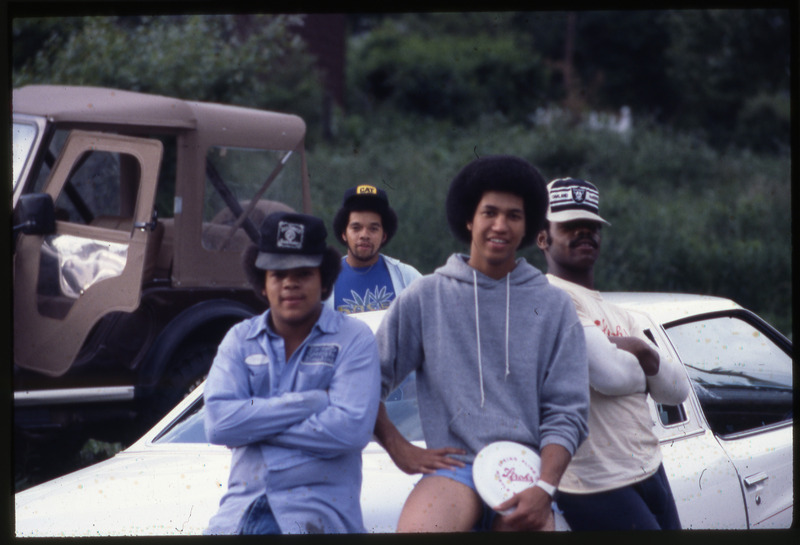 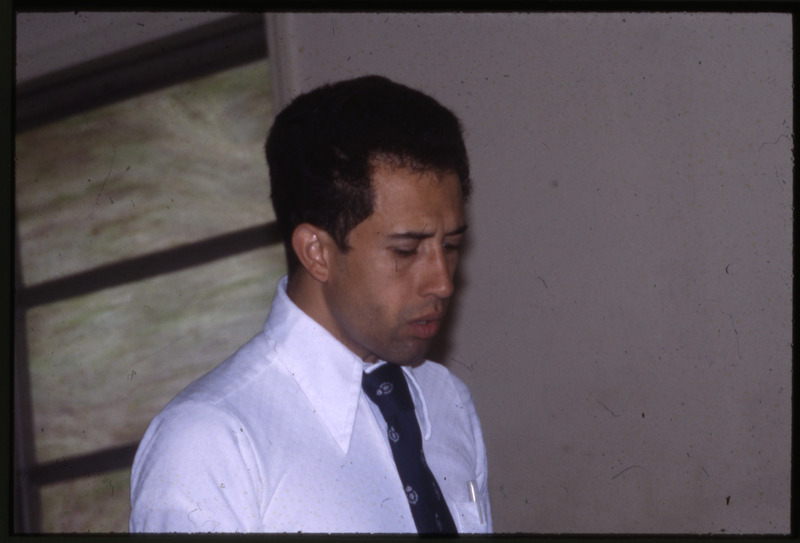 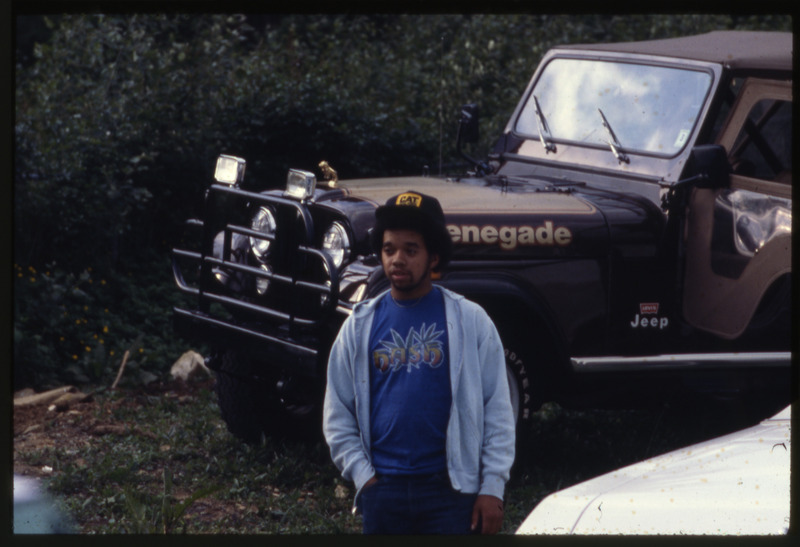 Ronnie Whittington with Jeep, circa 1979.