The 1979 installation of NASA’s Mod-1 Wind Turbine on Howard’s Knob was an exciting part of Boone’s history. It also seems to be of great importance to the Junaluska, since it sat right at the top of the mountain overlooking the community, as well. On the cover of Junaluska: Oral Histories of a Black Appalachian Community, one of the quilt squares by Sandra Hagler, sister-in-law of Cecil Jackson and prominent member of the Junaluska community, is meant to represent it. Hagler notes that Junaluska teenagers used to frequent the turbine, where it had a sign that read, “You’ll Be Glad You Did.” [1]

The phrase, "you'll be glad you did," was commonly used by Pierce Oliver "Kidd" Brewer (1908-1991). Brewer was the head football coach at Appalachian State Teachers College (Appalachian State University) from 1935-1938, and the current stadium at the university is named in his honor. He went on to run for Lieutenant Governor of N.C. in 1956 and used this phrase,"you'll be glad you did," as his campaign slogan. [2]

Later (as early as 1961), a sign with the phrase was placed on Howard's Knob, the meaning meant to be open-ended and potentially apply to various parts of Boone's allure (Howard's Knob, Horn in the West, etc.). In 1961, Brewer "expressed his desire to see Howard's Knob become a national attraction." [3] Brewer's hopes had the potential to be fulfilled when the installation of the Mod-1 Wind Turbine happened in 1979. 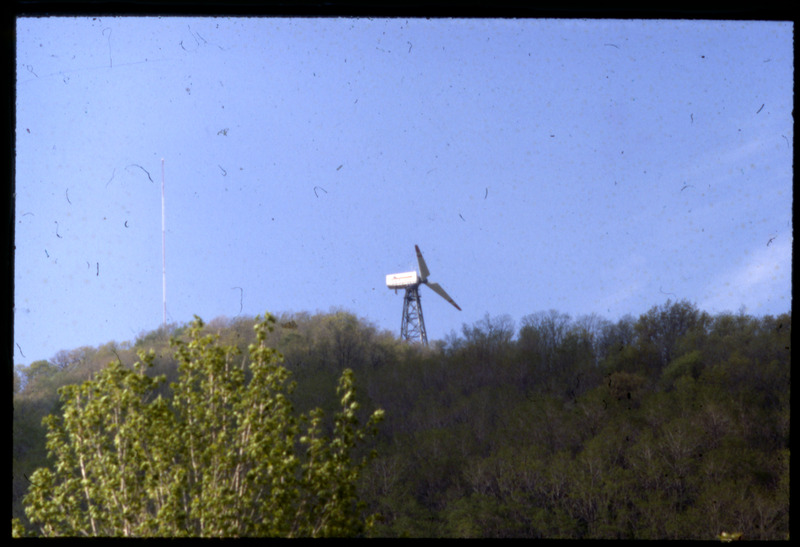 The Mod-1 Wind Turbine seen from a distance as it sits atop Howard's Knob in Boone, NC, circa May 1979. 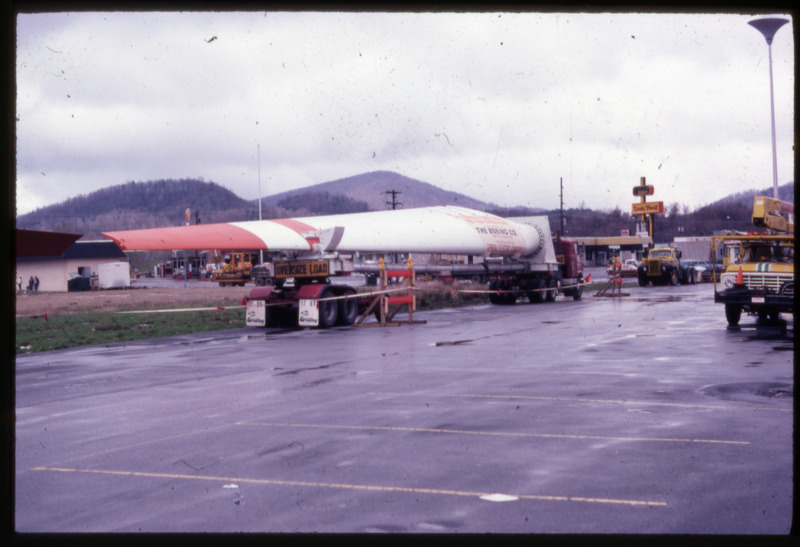 One of the blades of the Mod-1 Wind Turbine being hauled prior to its installation on Howard's Knob in Boone, NC, in 1979. 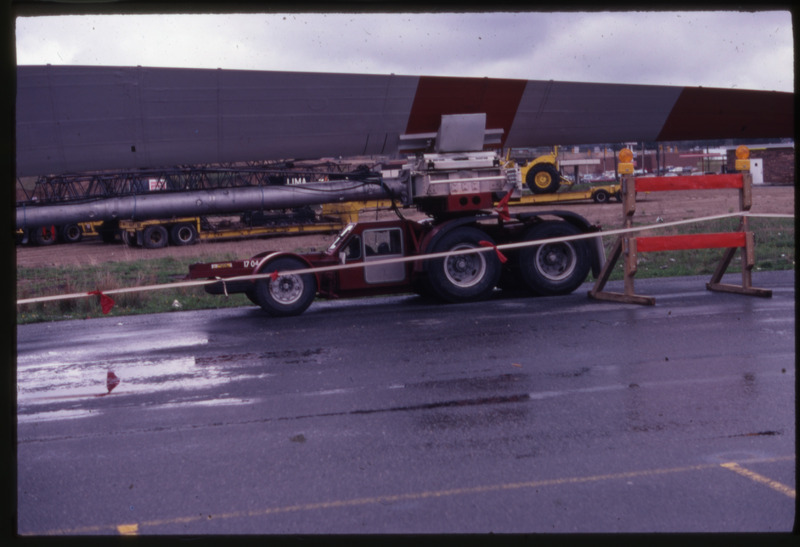 Close-up of one of the blades of the Mod-1 Wind Turbine being hauled prior to its installation on Howard's Knob in Boone, NC, in 1979.

The wind turbine was installed in the late Spring of 1979 and officially dedicated on July 11, 1979. It was considered an experimental project by the U.S. Department of Energy, to collect data about the energy levels it can accomplish, and was operated distantly by NASA computers. At the time, it was the largest wind-powered generator in the world and had large blades that totaled 200 feet, and had been built by General Electric. Tourists and locals celebrated the installation of the turbine at a festival on July 11, dubbed “Windmill Day,” but the excitement was short-lived. [4]

It soon became apparent that the wind turbine was more of a nuisance than a fun tourist attraction. While the turbine’s noise was deemed “infrasonic” (below audible range), nearby residents could still hear the audible “wooshing” noises the blades created. The infrasonic noise also literally rattled communities. Windows and glassware would shake while the turbine was operational, causing complaints that would result in NASA limiting operations from 8 AM to 5 PM on weekdays only. Locals also claimed that the turbine disrupted television signals. It seems likely that these complaints mirror, or even come from, the experiences of the Junaluska community during the turbine’s lifetime on Howard’s Knob. The community sat right under the turbine, sure to have heard the wooshing of the blades, had their houses rattled, and experienced interrupted television signal. [5] 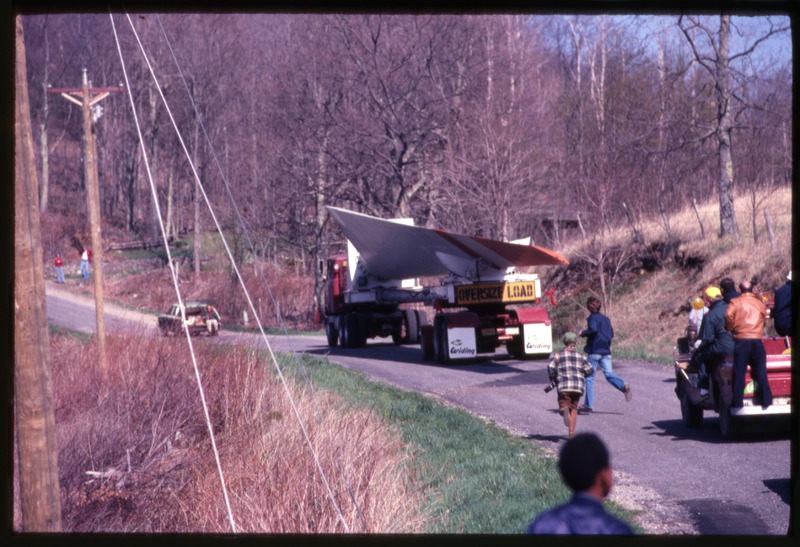 One of the blades of the Mod-1 Wind Turbine being hauled up to Howard's Knob in Boone, NC, prior to its installation in 1979. Photographers and onlookers follow the blade up, documenting this historic event. 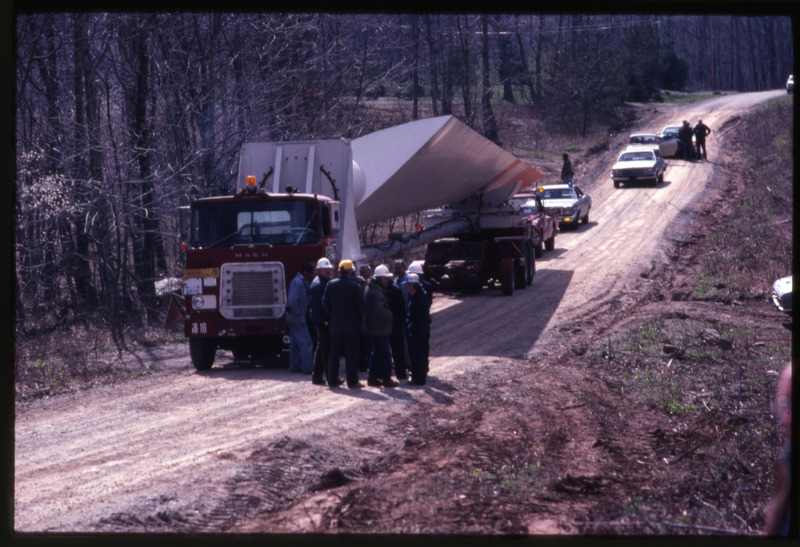 One of the blades of the Mod-1 Wind Turbine resting on a large truck near the top of Howard's Knob, circa 1979.

One of the more infamous community reactions to the wind turbine came in the form of a spoof film created by three Appalachian State University students in 1980. The students did a mock-investigative film that studied the mythical cult dubbed the “Wooshies.” It mocks the noise from the turbine and invites community members to join in through street interviews. The “cult” worships the god Nayzuh (play on NASA). This spoof even drew the attention of Bob Tharpe, once manager of General Electric’s advanced energy department, and Darrell Baldwin, once assistant manager of NASA’s Cleveland wind project office, who both had no qualms due to the film’s humorous nature. [6]

The Mod-1 Wind Turbine was eventually dismantled and removed from Howard’s Knob in 1983, only a few years after it was installed. Officials tried to think of ways to fix the issues that community members complained about, such as new blades of different material and replacing the generator, but eventually the turbine was broken beyond plausible repair when bolts fractured in it. Reduced federal funding, paired with the lackluster results from the turbine's lifetime, resulted in the decision to just dismantle and auction it off. [7] 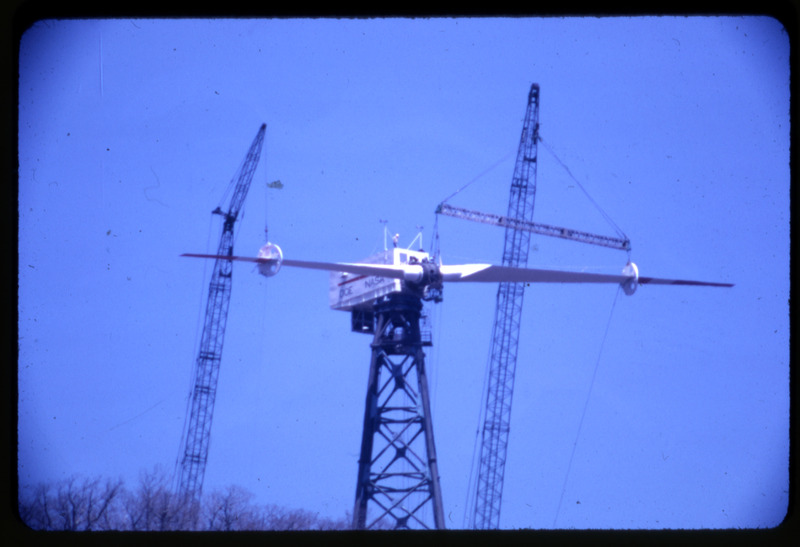 The NASA Mod-1 Wind Turbine's blades being fitted at the top of Howard's Knob in Boone, NC, circa May 1979. 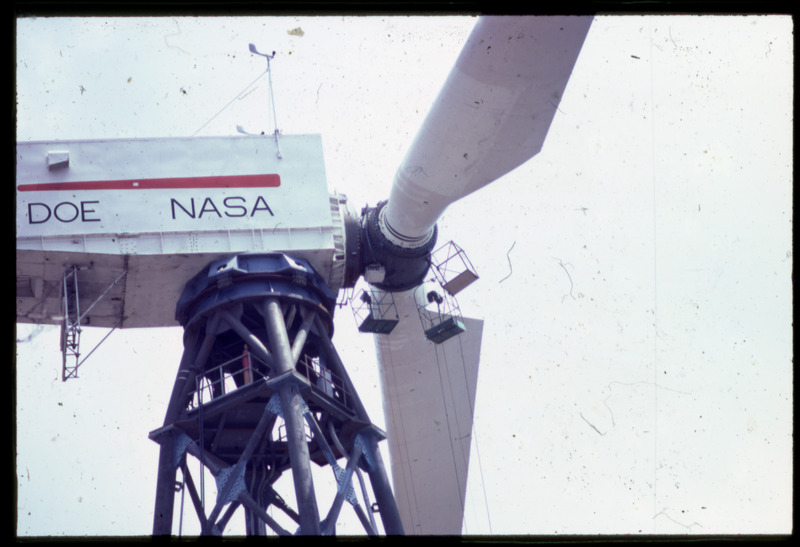 Close-up of the NASA Mod-1 Wind Turbine after its installation on Howard's Knob in Boone, NC, circa May 1979.

The Digital Watauga Project holds films taken by George Flowers on the same day that Cecil Jackson was photographing the event. While Jackson himself does not appear to be in these films, feel free to visit the items for an audiovisual experience of these images. Find the item page HERE. Video on Youtube can be found HERE. 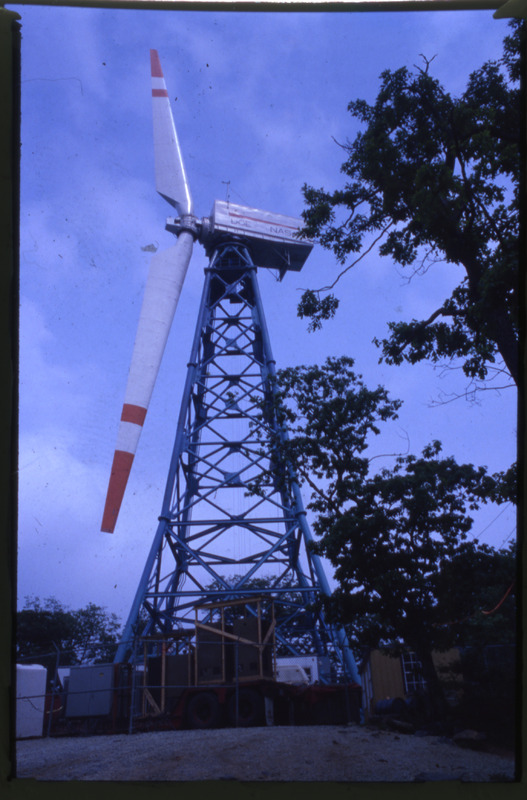 The Mod-1 Wind Turbine fully constructed atop Howard's Knob in Boone, NC, circa 1979.