Originally shot by Herbert Lee Waters (1902-1997) in 1936, this 16mm print is believed to be a copy made directly from the original reel during the late 20th century by Paul Armfield Coffey (1934-2007). The original reel is also said to have been in Coffey's possession at the time of his death but was subsequently lost, along with thousands of photographs from the Watauga Democrat photo morgue, during the cleanout of his office/apartment in the old Watauga Democrat building on King Street in Downtown Boone, NC. This particular reel was rescued by Pilar Fotta from the Habitat Restore after some items from Coffey's apartment were dropped off there. Pilar Fotta has shared the film with Digital Watauga under a digital use rights deed of gift. Like many of Waters's films, this reel shows local residents, workers, and students posing briefly for the camera in downtown Boone, on the campus of Appalachian State Teachers College, and in Cove Creek. The film was shot in late October 1936 and screened at the Pastime Theatre in Boone November 2 through 5, 1936 (WD, October 29, 1936, p1).

You can read more about this film and see a spreadsheet showing identifications of approximately 70 people and places in the film here: https://www.wataugacountyhistoricalsociety.org/blog-1/2016/9/27/identifying-the-people-and-places-in-h-lee-waterss-1936-film-of-boone.

Multiple 8mm and VHS copies of the film have made the rounds in Boone since the 1980s (you can see an 8mm version from our collections digitized here: https://youtu.be/iO2TdG5M8Nw) but because of the inferior quality of those formats, they do not have the clarity and level of detail of this outstanding 16mm reel. Also helpful is a set of notes on this film found in the Watauga County Historical Society Collection: http://digitalwatauga.org/items/show/5894. 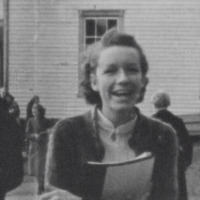