Elevating Tourism in the High Country

The turn of the century brought a boom in tourism and an influx of visitors to the High Country, weaving the fabric of Appalachian traditional culture with outside influences. These visitors have been a staple of the High Country economy for decades and have in turn influenced and shaped both the internal and external perception of the region. From Tweetsie Railroad to Grandfather Mountain, these attractions have continued to bring sightseers from all over the country to experience the physical and social landscape of the High Country.

Literature, film, and other media have created a romanticized vision of the High Country. This was the initial draw for many early travelers and continues to mold the social framework among visitors and residents. The following is an assortment of attractions that have brought people to the region over the years.

George Flowers: The Man Behind the Camera 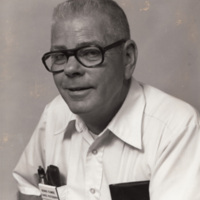 George Arthur Flowers, Jr., was born August 13, 1923, in Catawba County, North Carolina. Growing up in the Hickory area, Flowers worked for WHKY, a local radio station before joining the Navy in 1942. His time spent in the military was brief as Flowers faced near-death when his ship was attacked and sunk during the Invasion of Sicily in the summer of 1943. Flowers was rescued and treated for his injuries back in the US where he met his wife, Millie Thompson, who worked in an admiral’s office in Charleston, South Carolina. They soon married and retreated back to Flower’s hometown in 1944 where Flowers returned to work at WHKY and began his freelance photography by working for United Press International.

Flowers helped build radio stations across the High Country and forged many relationships in the process. However, it was not until Palmer Blair, a Boone photography shop owner was killed in a plane accident, that Flowers would plant his roots in Boone, North Carolina. After the passing of Palmer Blair, Flowers saw the opportunity of creating a bigger and more profitable business with his photography in the Appalachian country. Flowers purchased the shop thus establishing his business, “Flowers Photoshop.”

Flowers was an active member of the Boone communities such as the United Methodist Church, Watauga County Rescue Squad, and the Appalachian Shrine Club. In his time working and taking photographs both in studio and journalism, Flowers accumulated over 4 million photos from 1957 through 2004. Flowers died January 15, 2008.

George Flowers was a very active self-employed photographer from 1957-2004. In that time he amassed a collection of over four million photos and film. This preview collection consists of thirteen photos, serving as a reflection and testament to his freelance photography in journalism. We have chosen his journalistic photographs as Flowers not only witnessed incredible events but somber moments as well. Flowers’ work with the community and the public are the subject of this exhibit. 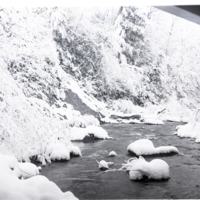 Many longtime residents of Boone, and the High Country more generally, have stories about blizzards and winter storms of years past. Has Boone been getting less snow? More snow? Or are tall tales being told? This exhibit provides a look at the evolution of Boone’s snowfall over the 20th century.

From These Four Walls: A Glimpse at Watauga County Architecture in the National Register of Historic Places

What types of buildings do you see in the High Country? There is a rich architectural history of the Appalachian region  that is often overlooked. Watauga County specifically has a notable architectural style. Through observing buildings on the National Register of Historic Places, we can see some distinct stylings of places worth saving in Watauga County.